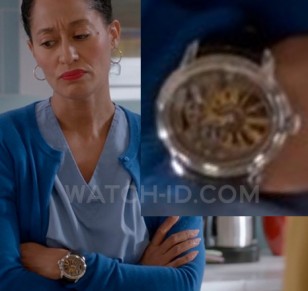 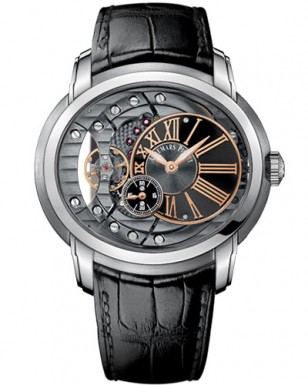 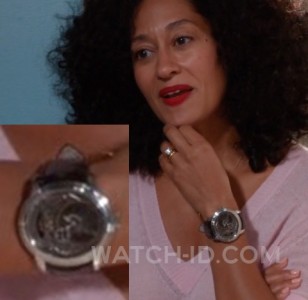 This is a stunningly designed watch from the Audemars Piguet men's collection, with an oval shaped case with skeleton dial through which parts of the movement can be seen. The gold watch with black leather strap has a dial with large roman numerals and a small seconds subdial. Reference number 15350ST.OO.D002CR.01.

Tracee Ellis Ross stars as Dr. Rainbow Johnson in Black-ish, a comedy series in which almost every character wears an Audemars Piguet watch, see other watches in the series here.