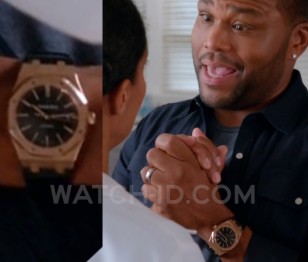 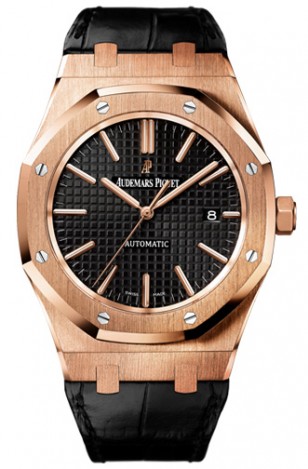 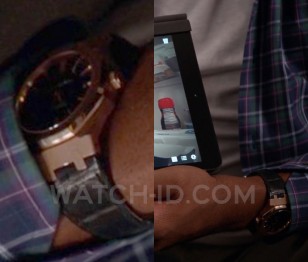 Anthony Anderson, as Andre 'Dre' Johnson, wears an Audemars Piguet Black Oak Automatic 15400 watch in the ABC sitcom Black-ish. The watch can be spotted in season 1, episodes 4 and 6.

The watch has a 18-carat pink gold case, with the classic Black Oak hexagonal shape and screws, a black dial with date window, and black alligator strap with gold buckle, watch reference number 15400OR.OO.D002CR.01. The same also is available with a 38mm case, but the watch in the series looks like the 41mm version.

Black-ish is an American sitcom starring Anthony Anderson and Tracee Ellis Ross, that debuted on ABC during the 2014–15 television season. The single-camera comedy centers on an upper-middle-class African-American family.