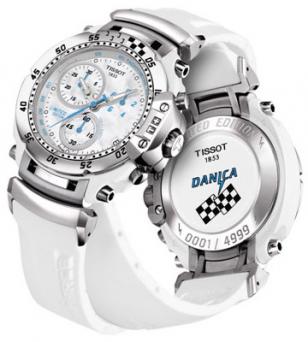 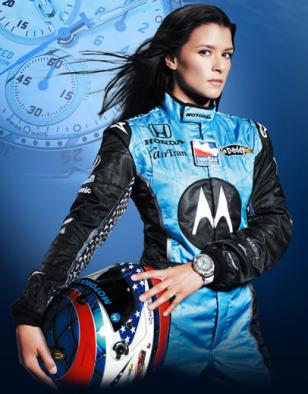 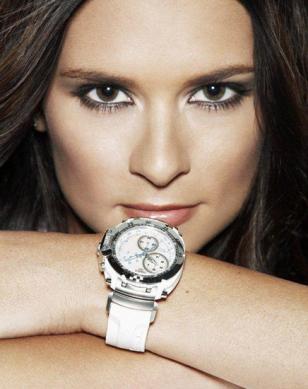 Tissot celebrates the first woman to win an IndyCar race with this 2009 Limited Edition watch of racer Danica Patrick.

The watch is worn by Danica Patrick in several promotional images, see photos on the left. This quartz chronograph special edition has a white rubber strap, a dial of Mother of Pearl and the name of Danica engraved in the back. The exact modelnumber is T027.417.17.111.00.

Danica Patrick became an ambassador for Tissot in 2005, and bought her first Tissot watch when she was 16. Her particular favorite is the Tissot T-Touch, which features touch-screen controls.