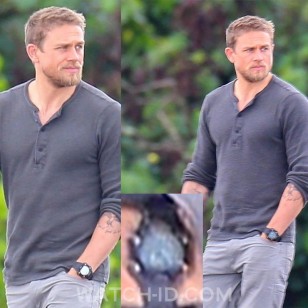 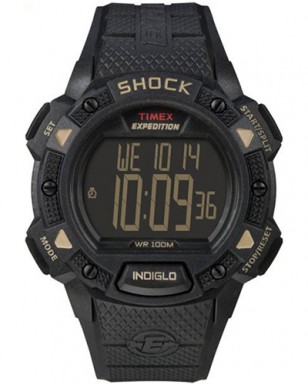 This digital watch worn in the film has a black resin strap and black case and an inverted screen (dark screen with light digits).

The watch is very similar to the Timex Expedition watch worn by Ben Affleck in the same film.

You can easily find the watch for less than $40 on eBay and there's one on Amazon.