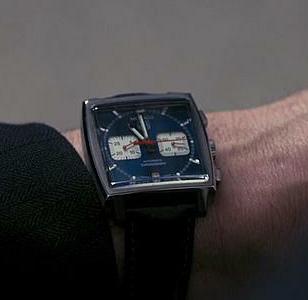 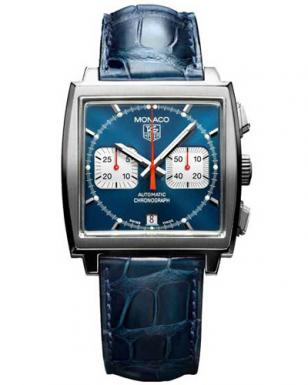 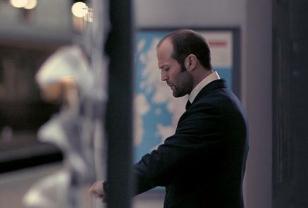 In the movie The Bank Job, Jason Statham wears a TAG Heuer Monaco Chronograph, with leather strap and blue dial.

We get a close-up shot of the watch when Jason's character Terry checks the time while waiting at a platform of Paddington Station in one of the final scenes of the film. Jason Statham's version doesn't have the Calibre 12 (the text Calibre 12 is not written on the dial) so it looks like model number CW2113.FC6183 (which can be bought here

The TAG Heuer Monaco (originally Heuer Monaco) was introduced by Heuer in 1969 in honor of the Monaco Grand Prix. The Monaco was revolutionary for being the first automatic as well as the first square cased chronograph. The film star Steve McQueen used the watch to accessorize his character in the 1971 film Le Mans. In the decades after his death the use of film stills has made the watch synonymous with McQueen.