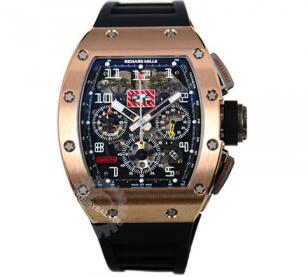 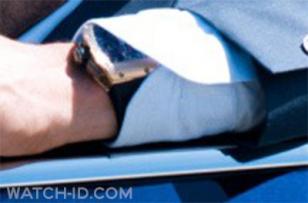 The watch in Parker seems to be the Richard Mille RM 011 Felipe Massa.
photo ©
FilmDistrict

In the movie Parker (2013), Jason Statham, as his character Parker in disguise, wears a Richard Mille watch. It's hard to see which exact model, but it looks like the Richard Mille RM 011 Felipe Massa model.

The watch has a (rose) gold case, black rubber strap, black dial, the red box at the top (just like the Felipe Masse Model) and the buttons seem to be similar to the watch as well.