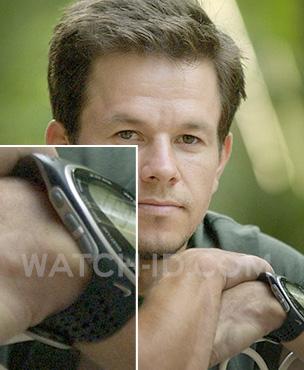 It looks like Mark Wahlberg is sporting the Carbon/Blue Chambray (WR0051-002) version, looking at the dark blue case/band and blue buttons. The WR0051 is a slightly larger version of the WR0050.

This model is currently not available anywhere anymore, but on eBay you can sometimes find one or two.