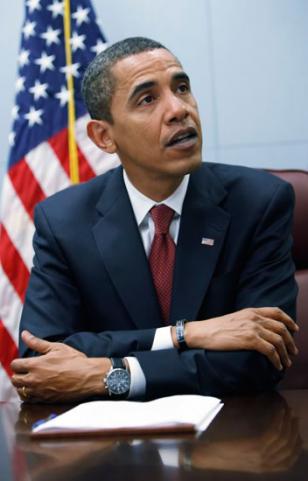 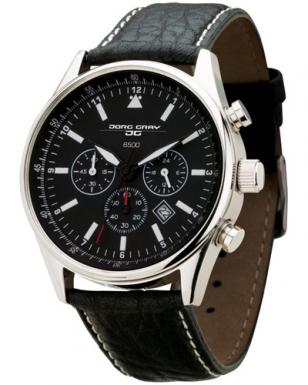 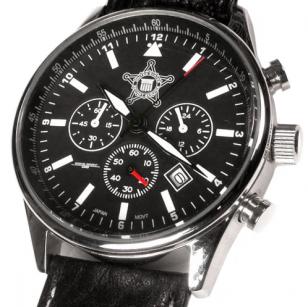 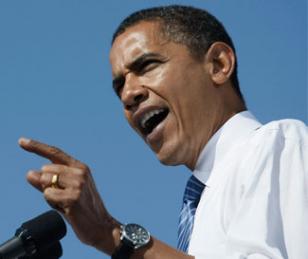 Obama wearing the Jorg Gray 6500 wristwatch during a speech 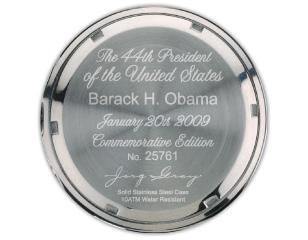 The Commemorative Edition has "The 44th President of the United States Barack H. Obama" and limited number engraved on the case
photo ©
Jorg Gray

President Barack Obama has been spotted with this Jorg Gray 6500 Chronograph watch on many occasions.

The story goes that the secret agents guarding Barack Obama gave him this watch as a birthday gift in August 2007. Since then, Obama has been seen wearing it regularly on important public occasions. The watch is a Jorg Gray, model 6500 but it has a United States Secret Service seal printed on the dial.

The watch with the official Secret Service seal is only available at the Service’s employee store, but you can have the same model watch, without the seal, which is available at the Jorg Gray website or Amazon.com or on eBay.

Notable occasions that President Obama has worn his Jorg Gray 6500 Chronograph include:

Jorg Gray has released a limited commemorative edition of the 6500, with an individualized serial number, the inscription "The 44th President of the United States Barack H. Obama" engraved on the case back, in honour of the inauguration of Barack Obama as president of the United States on January 20th 2009. This version costs about the same as the regular version so is definitely worth picking up! See Amazon.com for more details.

On eBay you can sometimes find the version with Secret Service logo (as worn by Obama), but those are much more expensive than the regular or Commemorative edition.

Both the regular version as the commemorative edition of the 6500 are available with the black dial / black strap as worn by Obama, but also in a gold case / brown strap version.

Buy on Amazon.com
Buy on eBay