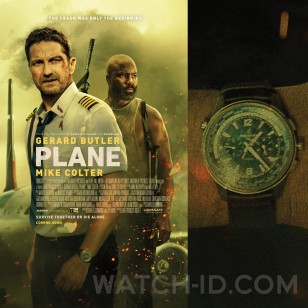 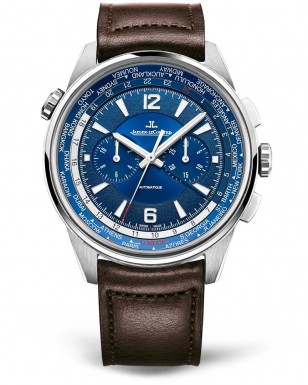 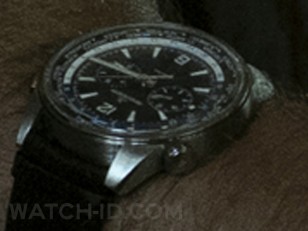 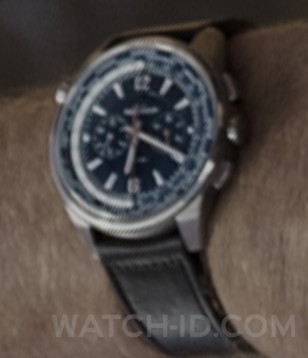 The Jaeger-LeCoultre Polaris Chronograph WorldTime in the film has a titanium 44mm case, and its looks like the model with blue sunburst dial and brown leather strap, reference number Q905T480. It's possible that the watch has a black dial, but in one of the photos it does look like the blue dial.

The watch has a retail price of $14,500 at Jaeger-LeCoultre.