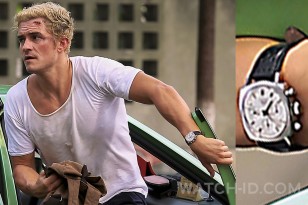 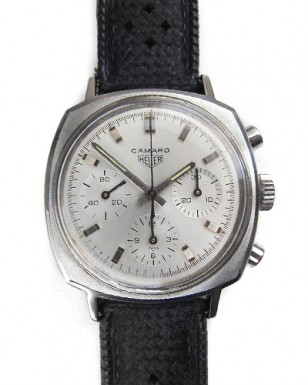 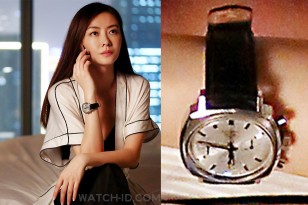 Orlando Bloom and Lynn Hung use a Heuer Camaro watch in the action film S.M.A.R.T. Chase (2018).

The watch was eaasy to confirm since it gets a good close up shot in the film.

The Camaro is a vintage watch from the 1960s/1970s, when TAG Heuer was still called "Heuer". The wristwatch in the film has a chronograph function, three subdials, one large crown and two buttons, a silver dial, stainless steel case and a black leather strap. The exact model name is a Heuer Camaro 12, and the model (movement) numbers is either 7220, 7228 or 73643.

The vintage Heuer Camaro is now a collectible and can fetch high prices on eBay.

The Heuer Camaro is worn by Orlando Bloom's character Dani Stratton, and given to Lynn Hung's character (Ling Mo).