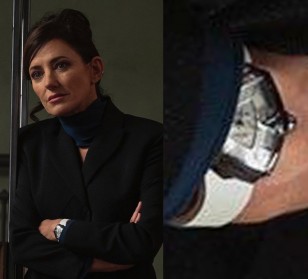 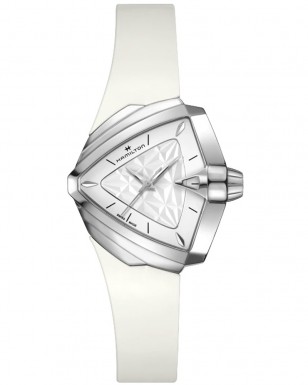 The watch worn by Orla Brady has a stainless steel case and a white rubber strap, possibly the model with ref nr H24251310. The Ventura's iconic triangle shape was made famous by Elvis Presley as well as the watch worn in the Men In Black, Men In Black 3 and Men In Black: International movies.

The white model as seen in Star Trek is available at Hamilton for $725.

The Ventura watch in Star Trek was spotted in a still from the series posted by Orla Brady on her Instagram account.

In Star Trek: Picard, Sir Patrick Stewart reprises his iconic role as Jean-Luc Picard, which he played for seven seasons on Star Trek: The Next Generation. In Season 2, Orla Brady plays Talinn, a supervisor fulfilling the same mission as Gary Seven from the Star Trek: The Original Series episode "Assignment: Earth."

Buy at Hamilton
Buy on Amazon
Find on eBay