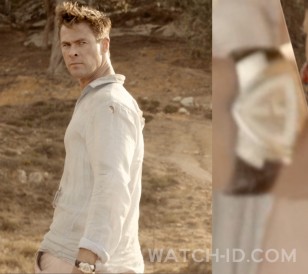 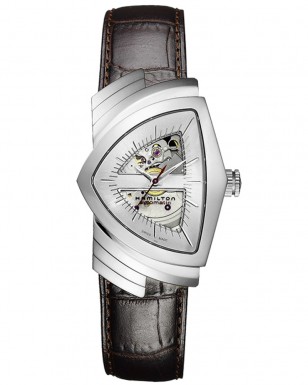 The Hamilton Ventura Auto watch in the film has a steel case, white dial and brown leather strap.

Another Ventura watch was worn by Will Smith in the first Men in Black film, the same watch that is worn by Tessa Thompson in the Men in Black: International film.

The Ventura was originally made famous as it was worn by Elvis Presley in his private life as well as in the film Blue Hawaii (1961), but it has since appeared in several films, most notably the Men in Black series.

The original Ventura, launched in 1957, made watchmaking history as the world's first electrical, battery powered watch. Hemsworth wears a more recent Automatic version, which winds automatically if you wear the watch.

Find the Hamilton Ventura on the official Hamilton website, Amazon, JomaShop or eBay (Note that the Ventura comes in different sizes).

Complete the look
Both Emma Thompson and Chris Hemsworth wear Police sunglasses in the film.