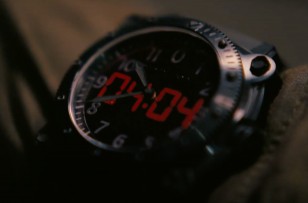 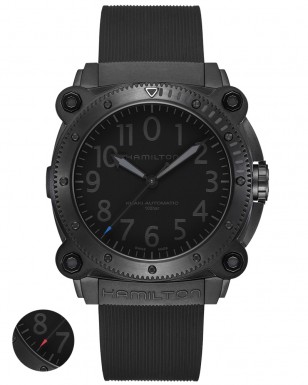 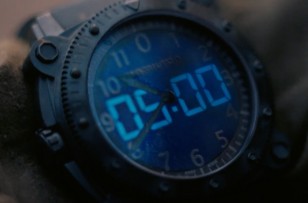 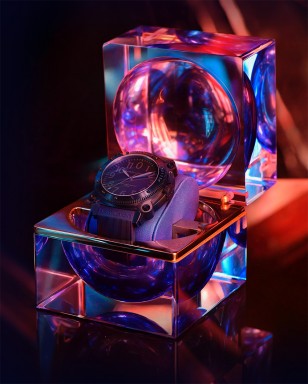 The most prominent watch seen in the film, a Hamilton Khaki Navy BeLOWZERO with a popup digital screen, is a special prop watch, so it's not available in stores. But Hamilton has created a limited edition watch inspired by the specs of the movie watch and looks similar, but it doesn't have the digital screen that appears on the custom-made prop watch we created for TENET.

Hamilton has provided many watches to films (see a selection here) but this latest Hollywood partnership from Hamilton involved extensive collaboration between the Hamilton design team and the production design team behind TENET.

The 18-month preparation included technical development, testing and production at the Swatch Group’s lab in Switzerland where engineers found a way to combine the needed technology with the digital display on the dial of the Khaki Navy BeLOWZERO. To meet filming needs, Hamilton produced dozens of the final prop watch and Hamilton watchmakers were on the movie set to offer support with the watch’s unique functions.

Since the watch was only made for the film, Hamilton decided to celebrate the collaboration with an inspired-by special edition of the Hamilton Khaki Navy BeLOWZERO.

Cased in lightweight titanium, this special edition features a blue or red-tipped second hand as a reference to key colors in the movie.

Each color version (red and blue) is priced $2,095 will be limited to 888 pieces, the number chosen as a nod to the movie title, which is also a palindrome, something that reads the same backwards and forwards.

The limited edition watches are available online at the official Hamilton website.

There is also a new limited edition version of thw watch that doesn't have the red or blue color, get that model at UNCRATE for $2095.

Buy at Hamilton
Find on eBay
Buy on JomaShop