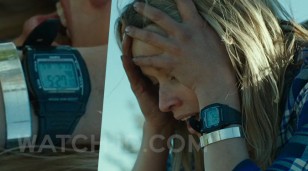 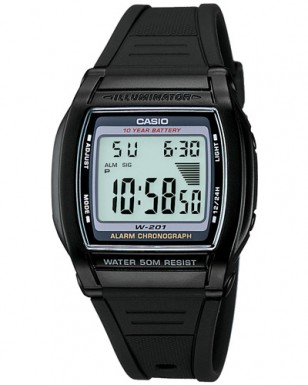 Reese Witherspoon, who also produced the film, plays character Cheryl Strayed, a woman who decides to hike more than a thousand miles of the Pacific Crest Trail alone, as a way to heal herself, following her divorce, the death of her mother, and years of reckless, destructive behavior. The character could have prepared better for such a hike and take a Suunto watch (like James Franco in the movie 127 Hours), Tissot T-Touch (as worn by Angelina Jolie) or a Casio Pathfinder, which all would feature altimeter, thermometer and a compass, but instead she is wearing this very basic Casio.

This $15 digital watch from the Casio Classic collection is 50m water resistant, has LED light with Afterglow, dual time, alarm, a stopwatch, hourly time signal and auto calendar pre-programmed until the year 2099.