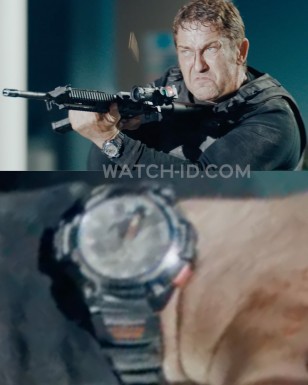 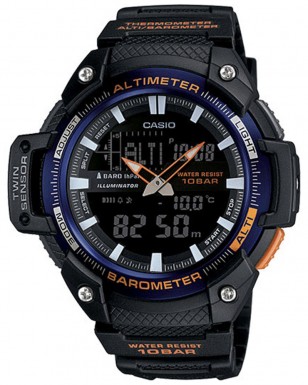 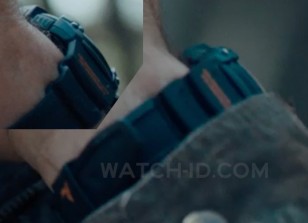 Update: first we weren't able to ID this watch, but thanks to a messages from Chris, Joni and Tim (thank you!) we now know this is a Casio SGW-450H-2B watch.

The watch has an orange button, a digital screen AND analogue luminescent hands. There are red markings on the black band and a red logo on the bottom part of the band.

The watch features the SGW400 Twin Sensor from Casio and takes and displays barometric pressure readings, which are then converted into Altitude measurements based on International Standard Atmospheric Values. A built-in thermo sensor gives reliable temperature readings.

This good looking, multifunctional Casio SGW-450H-2B sportswatch is available on Amazon for only $50.