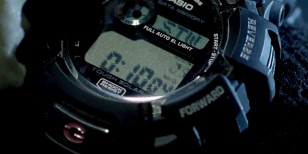 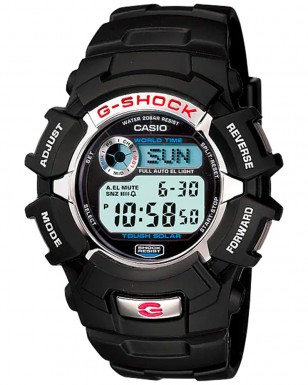 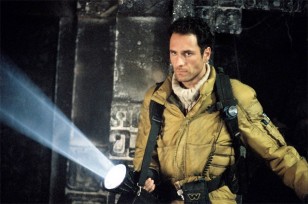 The watch gets a good close-up in the film. The current (2022) model pictured on the left is an updated version of the G-2300 G-SHOCK model that has long been a standard favorite. It is the closest model to the one in the film, with the red "G" button on a silver button, white words next to the buttons, and a blue arrow under "SHOCK RESIST". Some differences include the words around the small round screen in the top left of the dial. Also the old watch  says "DATA MEMORY" under the Casio logo, while the new model reads "WORLD TIME"

Available on Amazon for only $65 this is a great value watch with lots of features.

Thanks to Veloria Grahn for the alert