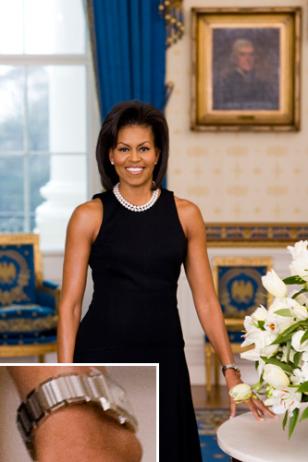 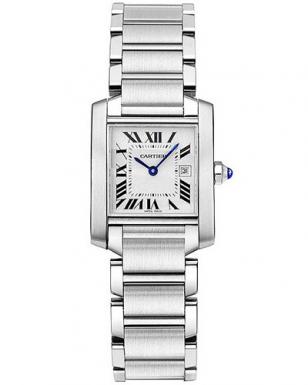 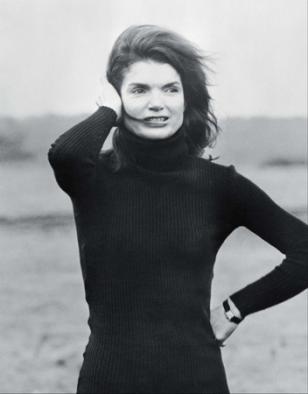 Michelle Obama wears a Cartier Tank Francaise on her official portrait. The typical Tank bracelet and blue dot on the button can clearly be spotted on the enlarged photo on the left.

She wears the simple and stylish version of the Tank: steel bracelet and white dial, reference W51008Q3. Cartier themselves expressed surprise and excitement over the picture as they had no idea she would be wearing the particular watch for the occasion.

The Cartier can also be seen on the Michelle Obama on the cover of the March 2009 edition of People Magazine.

The Cartier Tank
The first Tank watch design originated in 1917 as a tribute to allied forces in Europe, the links of the metal bracelet referring to their powerful tracked vehicles.