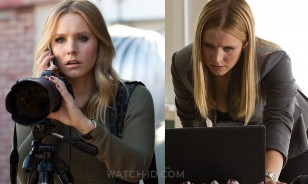 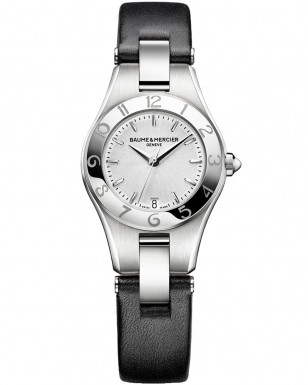 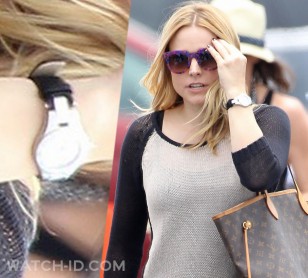 The Baume & Mercier Linea M0A10008 watch has a steel case and silver dial, and a black leather strap. The bezel has Roman Numerals hour indicators.  A small date display is located at the 6 o'clock position.

The 10008 model is now hard to find (only on eBay), but the newer 10009 is virtually the same watch, and can be found on Amazon.com or eBay (note that a new 10009 watch comes with both a steel bracelet and black leather strap, so if you buy on eBay, make sure that both straps are included).

Veronica Mars is a 2014 film produced and directed by Rob Thomas. It is a continuing film adaptation based on the Veronica Mars television series, which aired for 3 seasons. The film and series star Kristen Bell as Veronica Mars, alongside a supporting cast that includes Jason Dohring, Francis Capra, Krysten Ritter, Percy Daggs III, Tina Majorino, Ryan Hansen, Chris Lowell and Enrico Colantoni. In 2019, a 4th season of Veronica Mars will be released on Hulu. it's not known yet if the same Baume & Mercier watch will be worn in the Season 4.