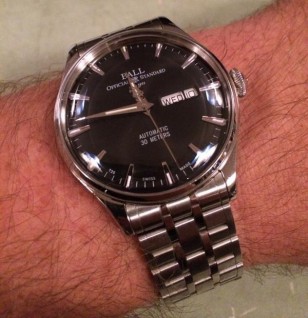 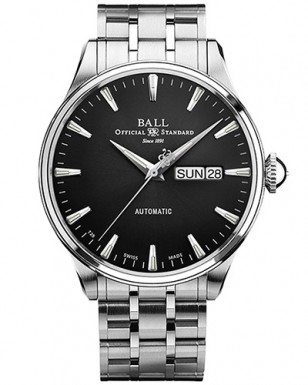 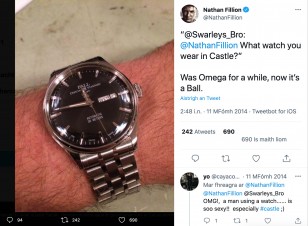 The actor playing Richard Castle showed a close-up of the watch on his Twitter page in 2014. In the Twitter post he answers a question which watch he wears in Castle, and he says "Was Omega for a while, now it’s a Ball."

The Ball watch shown in the Twitter post and in the series is a Ball Trainmaster Eternity NM2080D-S1J-SL with black dial, steel case (39.5mm) and steel bracelet.

The dial features 14 micro gas tubes on hour and minute hands and dial for night reading capability. The Automatic caliber BALL RR1102 movement can be seen through the sapphire crystal caseback.

In first season of Castle, the main character wears an Omega Seamaster 120m analog-digital watch and after that wore another Ball watch, the Ball Fireman Skylab watch.